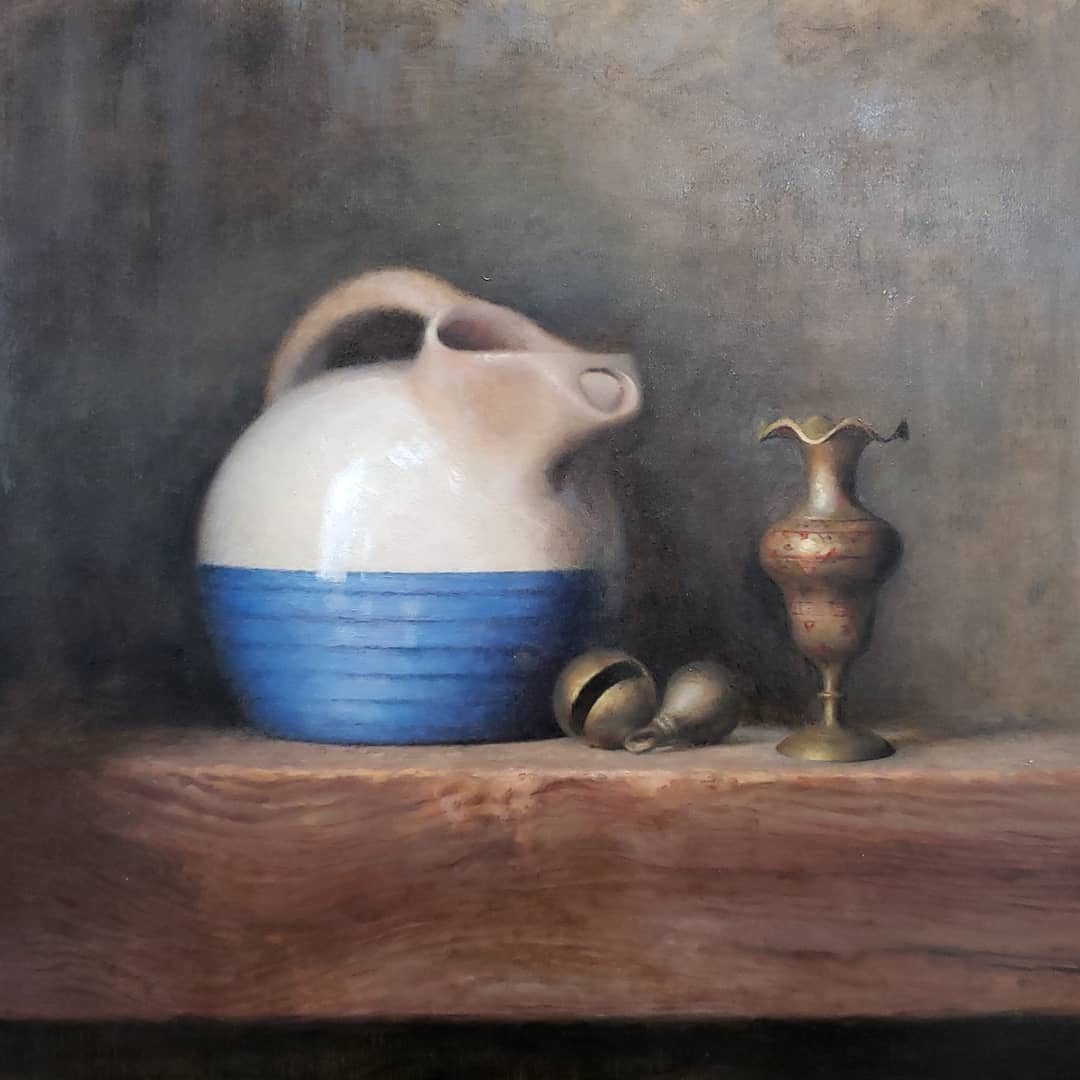 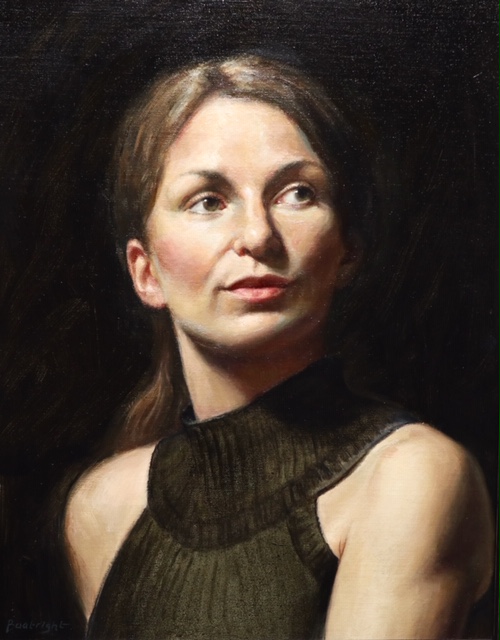 artists of the past while tackling a diverse variety of subjects and themes.

artistic trends and tastes. Traditional “realists” were displaced from the heights of the

art world. Some became illustrators, others instructors, and a handful continued as

(obscure) fine artists. A great many simply gave up and switched professions. By the

mid 20th century the realist tradition of painting was greatly diminished. Only a few

artists possessed the knowledge of traditional technique and pedagogy necessary to

number of pupils in his studio, one of whom, a young artist named Richard Lack,

ateliers of the 19th century. Atelier Lack opened in 1971 in Minneapolis to a great deal

traditional training. Some of Atelier Lack’s students, and others inspired by their

thousands of atelier students and graduates.

But despite this growth, the general art public remains largely unaware of the

resurgence of interest in realistic drawing and painting. Now a new generation of realists

are emerging and are beginning to exhibit their work regionally and nationally. This

artists. The work of these artists should appeal to anyone interested in well crafted,

realistic artworks, the emerging contemporary realist movement, and the growing

number of realist artists in the metroplex area.

These four artists are all Fort Worth based contemporary realist artists, who have

human thoughts about life, death, birth, and the tension between the natural and the

commitment to depicting inanimate objects in a natural and thus beautiful way. His work

invites the viewer to find their own meaning in how and why the objects relate. And

finally Daniel Thornton’s work, through the methods of realist painting, searches for the

constructive process of vision and, by the patterns of light and form, explores how we

create what we see.

Local Visions of Realism focuses on still life, with landscape and portraiture providing a

secondary focus. Through the context of still-life paintings, viewers can see the

manifest despite superficially similar conceptions of art. This exhibition also includes of

realism would be remiss if it neglected to suggest the movement’s breadth of subject.

the major movements in 21st century art. I hope viewers enjoy this small sampling of

Andrew Boatright is a realist artist currently residing in Fort Worth, TX. Boatright has his roots in West Texas where he grew up hunting, fishing, and playing high school football. He specializes in atmospheric still life paintings in oil as well as Texas landscapes and portrait commissions. At his core, Boatright believes that the world is beautiful and everything in it can be rendered accordingly. Each work of art is an interpretation of how he views the visual world, including many unlikely objects. His appreciation for classical art along with his small town upbringing gives his work an old world feel with local familiarity.

Audra Pianta was born in Quincy, Massachusetts in 1981 and loved art from an early age. She travelled and studied extensively, living around the USA and overseas, eventually earning her master’s degree at the Hebrew University of Jerusalem in Israel. Her travels, coupled with her desire to learn how to paint realistically, brought her to Fort Worth, TX where she studied under Master Painter Ron Cheek at the Texas Academy of Figurative Art, and also where she met her artist husband, Michael Pianta.

Her artistic vision reflects her interest in travel and people, desiring to explore with sensitivity and sincerity the nuances found in cross- and subcultural experiences. She also genuinely enjoys healthy food and along with it the intriguing notion that ancient cultures understood better the power of nutrition, culminating in her recent series on plain and simple foods.

Overseas at nongovernmental organizations and locally at various nonprofits, she has instructed youth and college-age students in visual art. She and her husband, Michael Pianta, run Pianta Studios.

Michael Pianta is an artist living in Fort Worth, TX. He was born in 1986 and exhibited an interest in art at a young age.

Michael is a member of the “classical realist” movement, which seeks to restore traditional standards of aesthetics to fine art. His work presents contemporary themes and symbols while remaining committed to craftsmanship and the visual experience of the world.

He has taught private drawing and painting lessons around Fort Worth since 2014, and in 2016 he was made an instructor at TAFA for the figure drawing night class. In 2018 he is teaching his first workshop on sight-size still life painting.

He and his wife Audra run Pianta Studios. They are expecting their first daughter in the fall of 2018.

Daniel Thornton, born 1983 in Little Rock, AR, had an early introduction to art education as a child through his art instructor grandmother. Summers growing up were spent completing the exercises out of Drawing From the Right Side of the Brain or modeling clay figures in her ceramics workshop.

After high school he attended the Savannah College of Art and Design, intending to study traditional animation. The computer animation writing was on the wall however, and he switched to major in S.C.A.D.’s early video game design program. But clicking a mouse is never the same as drawing by hand with a tool, and he continued his interest in traditional art after graduation with self-study.

After discovering the Texas Academy of Figurative Art Daniel determined the methods and training provided by the school would give him the skills needed for a successful traditional art career. He jumped fully back into the traditional art world, at this time having completed the certificate of drawing program from TAFA. He is currently working to complete the schools full time painting curriculum.

Please Don’t Get The Wrong Impression